Duluth Energy Systems is a city-owned steam plant providing heating service to over 160 buildings in downtown Duluth and the Canal Park area. Three years ago, Ever-Green Energy and the City of Duluth began transforming a major portion of the energy system, replacing 16 blocks of aged steam pipe with new hot water infrastructure to improve efficiency, water conservation, and performance.

This major endeavor happened in parallel to an important decarbonization effort, a natural gas pilot that shifted the fuel prioritization for the system. The combination of infrastructure improvements, plant upgrades, and a fuel dispatch shift resulted in nearly an 80% reduction in coal usage.

This project improves air quality in downtown Duluth, which is identified as an “environmental justice area” by the Minnesota Pollution Control Agency. The project also followed the City of Duluth’s Community Benefits program for equity with 12 percent of work hours performed by women, people of color, and disadvantaged workers.

The City of Duluth and Ever-Green Energy work together in a public-private partnership to lead the operation, services, and advancement of the Duluth Energy System. Development of the vision for this system was the product of several years of stakeholder input and engagement, including the local environmental community, business, and commercial partnerships, and the robust civic partners within local, regional, and state government.

The impact of the project was unmatched by other nominations in terms of emissions reductions. It is a huge first step in modernizing a system and positioning it to integrate more renewable energy sources in the future. We were impressed by the large number of partners involved as well as efforts to incorporate women, people of color, and other disadvantaged workers into the project workforce.

Since 90 percent of EV charging typically occurs in the owner’s garage at night when electric demand is low, utilities can generally handle that load without additional generation. However, the absence of public charging stations in most communities is a major barrier for consumers to make the switch. Commonly known as “range anxiety,” drivers fear they may not be able to reach distant destinations due to lack of charging stations.

About the Energy & Climate Category 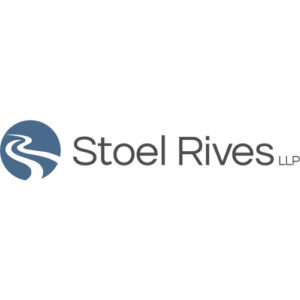 Stoel Rives is proud to continue its history of sponsoring the 2021 Environmental Initiative Awards. We value the opportunity to engage with and recognize community partners who are collaboratively working to advance a healthy and more prosperous Minnesota for all. Our participation provides us with an invaluable perspective on the means and creativity deployed by individuals and partnerships to advance solutions to our state’s most challenging environmental issues. It’s a uniquely remarkable event.